Melissa has lost 75 lbs and became a cover model! 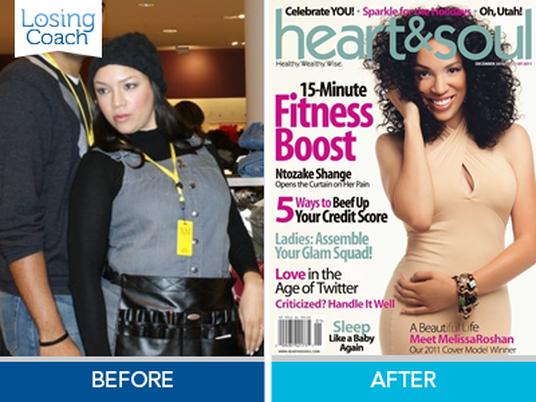 "About 3 years ago I was seventy five (yes, really) pounds heavier, I had  irregular cycles, was moody, and could barely get up a flight of stairs without huffing, and puffing.  I would say things like, 'When I lose weight, such, and such will be.'

I avoided being seen in public, and fell into a state of sadness surrounding my weight not coming off.  One day, I told my story to Shelley Johnson.  About one year later after changing my MIND, then my LIFE, I lost weight, and to this date, I have kept it off.